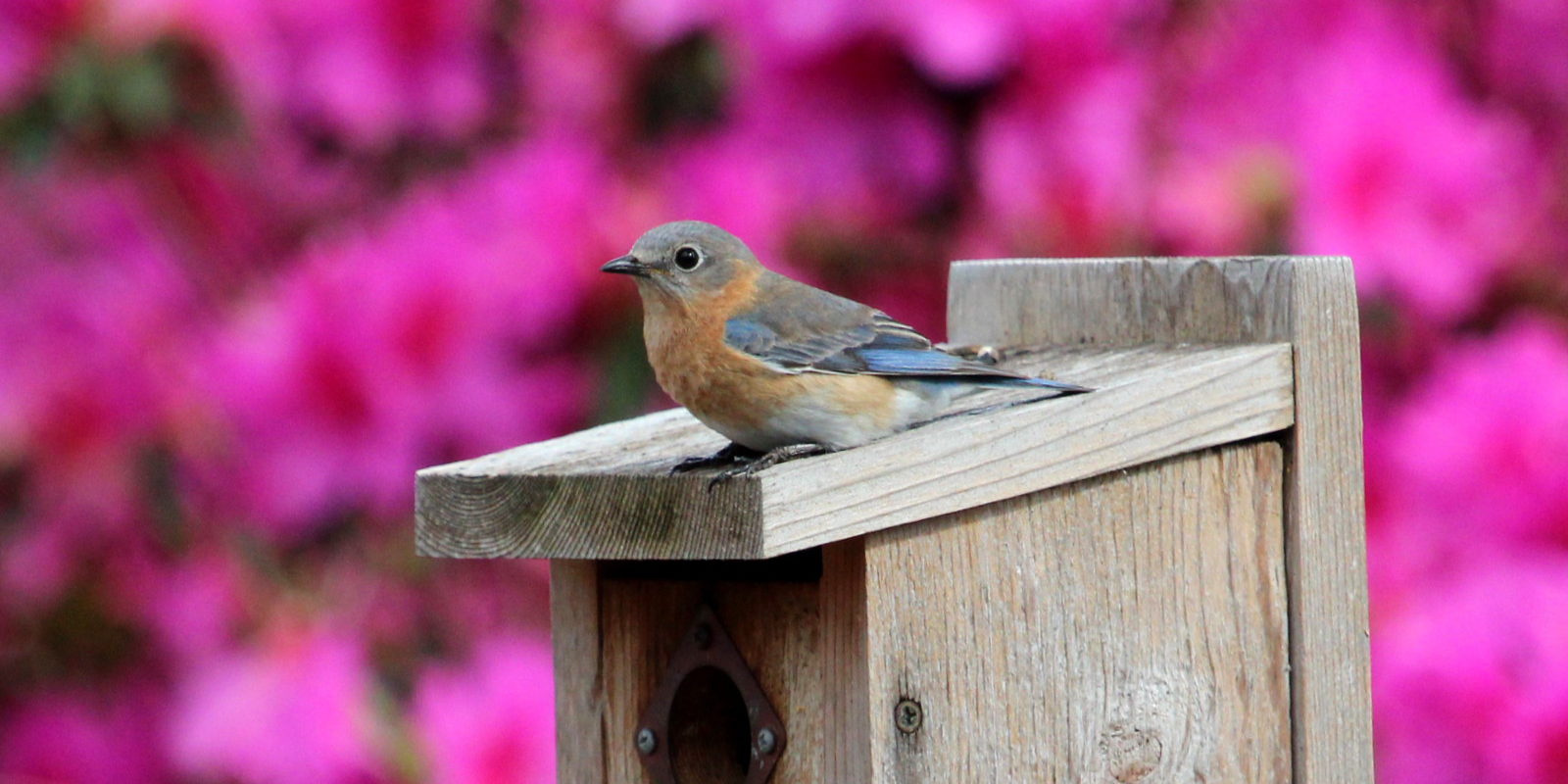 Joy on the Wing and the Cycle of Life

The Bonaventure Historical Society offers free guided tours of the beautiful cemetery every second Saturday and Sunday.  I have been on several, and they are always enjoyable, but the first time was the charm.

That was a few years ago now.  The azaleas were blooming, and the springtime air was clean.  Guide Stacy Doty was leading us toward the statue of Little Gracie.  A group of small children had skipped ahead when they saw the wooden sign pointing the way. Suddenly one marvelous word, one sound, came from them all together.  With one happy voice they let out a long “Ooh.”  Something special had happened.

They had startled a little pack of bluebirds from the soft grass.  In an instant the birds had taken flight, blue flashes moving together into and through the tall camellias behind Gracie.  They were gone, but the kids were excited and were trying to decide whether there had been three, four, five, or six of them.

“At first I thought they were Easter eggs, but then they started moving.  Then they started chirping, and then they took off,” said the lead little girl.  I hadn’t seen the birds, but I had hear them flush and disappear like a chorus of little flutes.  The kids’ mother said they were like sapphires that had come to life.

Doty told the children that there were lots of bluebirds in Bonaventure because they like to nest in old woodpecker holes.  On cue a red-bellied woodpecker started rapping away on an oak trunk high overhead, and every child looked skyward.

A day or so later I marched into Wild Birds Unlimited and bought a bluebird box, a pole to mount it on, and a baffle to keep raccoons or snakes from getting to it.  I set it up in the middle of my family’s plot in Bonaventure.  When I checked it a week later, inside was a little cup of a nest with one pale blue egg.  I have been hooked ever since.

Bluebirds are cavity nesters, and bluebird boxes are designed just for them.  The right size and placement of a hole to enter, the right slope to the roof, just the right size interior.  The blue darlings readily take to the boxes.

Bonaventure appears to be perfect habitat for them, just woody enough without a lot of understory.  The City purposefully maintains the snags and old trees that provide homes and food for plenty of cavity nesters.  Red-bellied and red-headed woodpeckers abound, as do the chickadees, tufted titmice, nuthatches, and bluebirds that make homes in their excavated holes.

Bluebird populations were declining about forty years ago as they were outcompeted for nesting sites by invasive species like house sparrows and starlings.  But then the North American Bluebird Society was formed and launched an effort to encourage people to put up bluebird boxes.  Now, thanks to the legions of people who have set up those comfy boxes, the bluebirds have made a dramatic comeback.

Henry David Thoreau wrote in his journal long ago that “the bluebird carries the sky on his back.”  And my grandmother used to sing the Cole Porter song, “Be like the bluebird who never is blue, for he knows from his upbringing what singing can do.”  Their blend of that dignified royal blue coat, their cheerful song, and their comfortable, steady gaze, make them perfect cemetery citizens.

My single nest box has been a predictable joy.  Chickadees sometimes investigate it too, but the bluebirds usually get to make the occupancy call.  It is a treat to watch the male, then the female, scope out the box.  She paces on its roof, occasionally settling into an incubating pose.  She peers inside over the course of a day or two.  If I am lucky, I am a witness the afternoon that she carries in the first pine needle or sprig of Spanish moss.

She builds the nest pretty quickly, then lays her eggs over the course of several days.  She incubates them for about two weeks.  Once they hatch, both parents fly in and out with insects, keeping the hatchlings well fed.  She stays with them, and, when I approach, she will duck and then, after a few minutes, raise up and peer out with one eye.  It reminds me of the old knothole club.

A few weeks later, one day the hatchlings are in the box, the next day they are gone, fledged and lingering nearby in the azaleas.  Getting their bearings.  Slight blue glints rippling in the leaves.  Getting acquainted with all the cardinals, house finches, mockingbirds, and mourning doves that populate Bonaventure.

After the children saw the bluebirds fly around Little Gracie on that spring day, Stacy Doty told them to watch for birds inscribed and chiseled on the memorials.  How eggs and birds were symbols of resurrection and heaven.

She pointed out a mockingbird perched on a weathered stone robin.  She pointed to a new statue of St. Francis with one dove on his shoulder and another in his hand.  She discussed the doves on headstones, some carrying olive leaves, some holding onto dogwood blossoms. One tourist told her about a beautiful peacock tile on a memorial nearby.  She said that the peacock represented immortality and that images of peacocks were found in the catacombs and in Nativity scenes.

Doty walked the group to a barefoot angel about Gracie’s age, sitting on a bench with a bird on her wrist.  The children sat on the bench beside her like new friends.

She showed the group one of her favorite memorials, a marble bird holding a ribbon that bound a bouquet of flowers.  The children all said “Aah” and guessed that it would be a blue bird and a pink ribbon.  She cautioned them not to touch it, but I bet they went right back to it after the tour.

After all, it was in the direction that the bluebirds flew from Little Gracie.  Somewhere over the rainbow.

For many years, Stacy Doty was an ardent activist with Bonaventure Historical Society and anything that improved the image of the cemetery received her vote.  This is the kind of story that would have had her encouraging BHS to fund and install bluebird boxes throughout the property.

HOW TO LEARN MORE ABOUT BONAVENTURE

Additional information on how you can help with our preservation efforts or join our fair society can be found on our website listed below. You can also find information regarding tours and other topics at our site or across our social media presence. So give us a follow!
Details on our Mobile Guide can be found here.